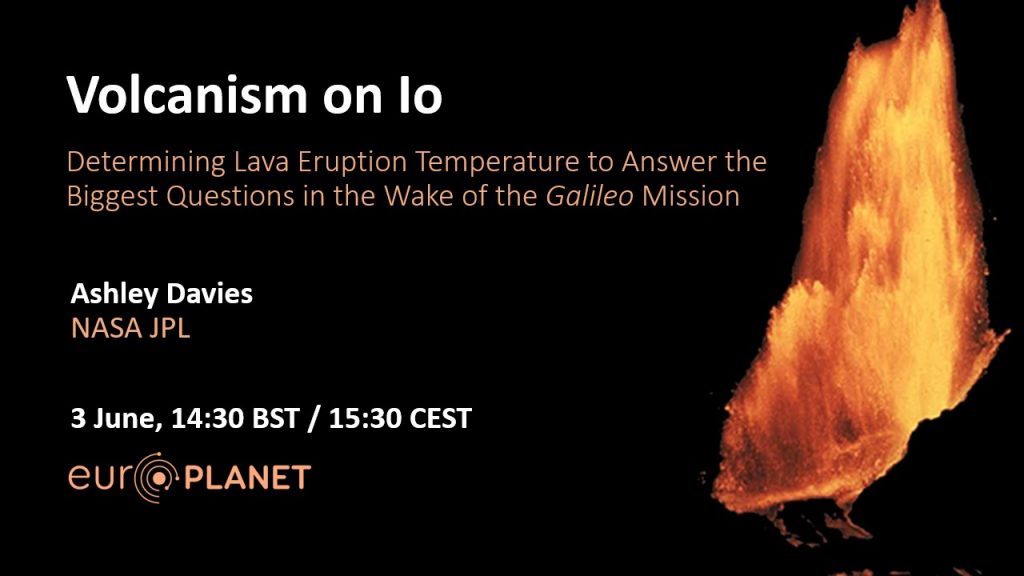 For our June Webinar, Dr Ashley Davies will tell us how volcanoes helped transform the surfaces of the Earth, the other terrestrial planets, and the Moon. The biggest volcanic eruptions in the Solar System are taking place not on Earth, but on Io, a moon of Jupiter. This wonder of the Solar System is a fascinating volcanic laboratory where powerful volcanic eruptions result from tidal heating, a process that also affects the ice-covered moon Europa. Despite multiple spacecraft visits and spectacular new observations of Io with large Earth-based telescopes, some of the biggest questions about Io’s extraordinary volcanoes remain unanswered. Getting the answers requires an understanding of the difficulties of remote sensing of volcanic activity; a new, innovative approach to instrument design; and ultimately a return to Io. Ashley Davies, a volcanologist at NASA’s Jet Propulsion Laboratory, in Pasadena, CA, will describe how studying volcanoes on Earth leads to a clearer understanding of how Io’s volcanoes work and how best to study them from spacecraft. 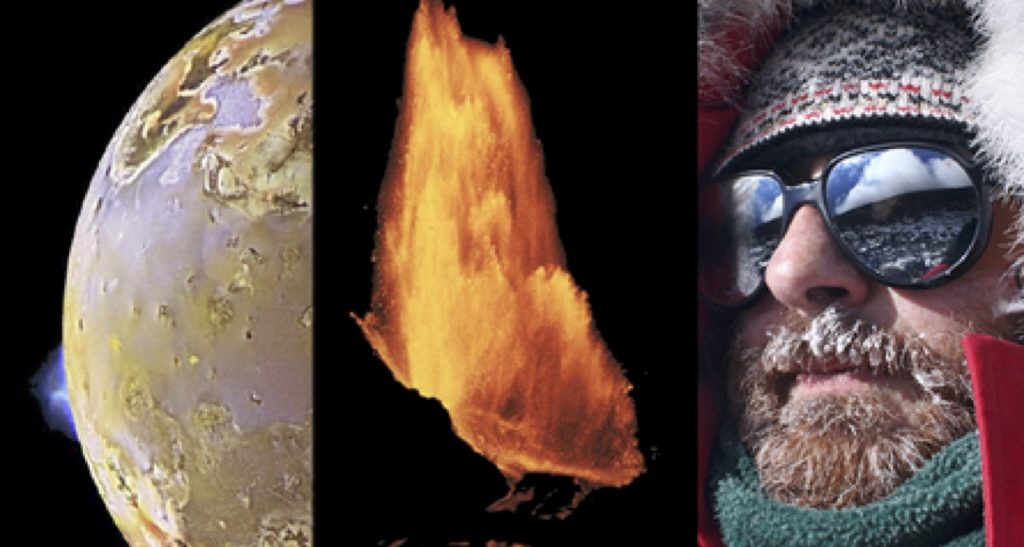 Dr. Ashley Davies is a Research Scientist at the Jet Propulsion Laboratory – California Institute of Technology. He received a Doctorate in volcanology from Lancaster University, in the United Kingdom, in 1988 and has been at JPL for over 25 years. He was a member of the Galileo NIMS Team; is a Co-Investigator on the Europa Clipper Mapping Imaging Spectrometer for Europa (MISE); has written over 100 papers on observing and understanding volcanic processes; and is the author of “Volcanism on Io – A comparison with Earth”, published by Cambridge University Press. He continues to be engaged in research into volcanic eruption processes, spacecraft mission and instrumentation development, and field work on volcanoes around the world. He was a co-recipient of the NASA Software of the Year Award for the successful Autonomous Sciencecraft (demonstrating science-driven full spacecraft autonomy).