The Europlanet Early Careers (EPEC) outreach group has recently been launched with the main scope of bringing the European public closer to planetary science. During the past few months several EPEC members have conducted a variety of outreach activities within their local communities. The EPEC outreach group will keep you updated on upcoming activities of our members across Europe and, if you are interested, you can join these planetary science activities.

Recent examples can be found below: 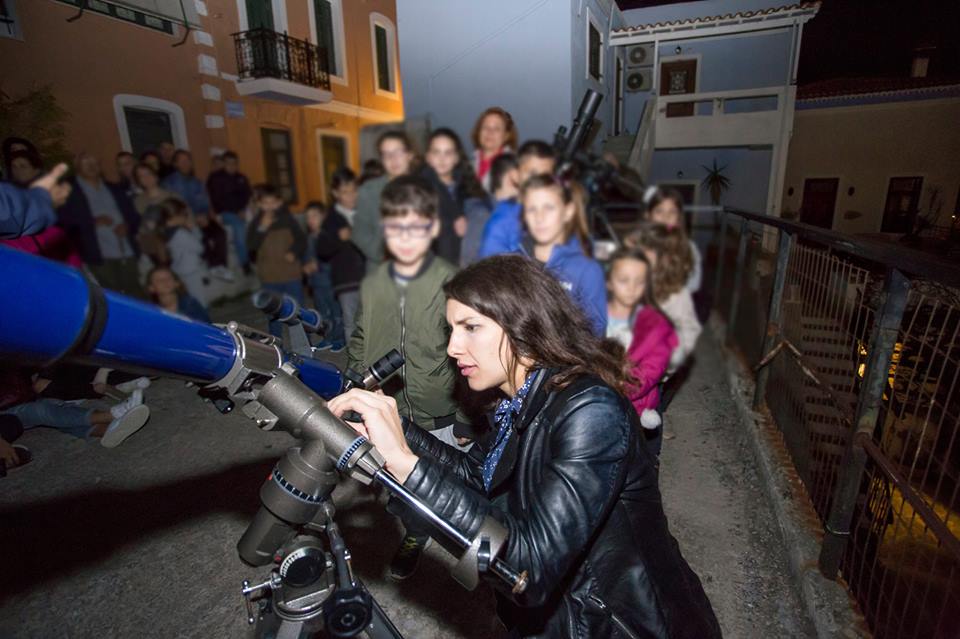 EPEC member and outreach group co-chair, Anastasia Kokori and EPEC member Dr. Angelos Tsiaras (currently working in UCL as a post-doctoral researcher) carried out a couple of outreach activities in the island of Kea in Greece during October 2018. They visited the local primary and secondary schools where they did some astronomy presentations and a workshop about telescopes. More information can be found in the following link in Greek (https://blogs.sch.gr/dimiouli/2018/10/21/ταξίδι-στο-διάστημα/?fbclid=IwAR2GjG1Lc-CPZgdcGYd4x_vRw1-KvpTnI6GMkovIuR9JPctZUev5PJjfND8). They also organized a stargazing event for the general public where locals had the chance to observe the moon and discuss about astronomy topics.

Dr. Petr Brož is an EPEC member and co-chair in the EPEC outreach group. He is currently working as post-doctoral researcher in the Department of Geodynamics, where he focuses on volcanism across the Solar System. He recently published a paper focusing on volcanoes on Mercury. The press release was quite widely circulated in the Czech web, for example on the national television site (https://ct24.ceskatelevize.cz/veda/2655755-proc-nema-merkur-sopecne-kuzely-na-reseni-otazky-pracovali-i-cesti-experti) and in one of the most visited Czech web-newspapers (https://www.novinky.cz/veda-skoly/489573-cesti-vedci-objasnili-proc-na-merkuru-nevidime-sopecne-kuzely.html). Petr also gave a lecture in Prague about the phenomenon of cryovolcanism. The talk is in Czech and you can find it here: https://www.youtube.com/watch?v=V2MTFys0YWg

Seminar for teachers in Germany

Dr. Solmaz Adeli is an active member of the EPEC network and diversity representative of Germany in the Europlanet Society. She is currently a postdoctoral researcher at the Institute of Planetary Research of the German Aerospace Center (DLR) in Berlin. Between November 8thand 10th, she gave a presentation to astronomy teachers from Germany about the climate development of Mars . In this talk she painted a global picture of the current state of knowledge about the Martian geology, mineralogy, history of liquid water, and main processes shaping the surface of the red planet.

Andrea Longobardo has given three interviews to the Italian media in recent months about the terrestrial axis drift. Below is the link for his interview in the online newspaper “La Repubblica”: https://ricerca.repubblica.it/repubblica/archivio/repubblica/2018/09/23/lasse-della-terra-sinclina-verso-sud-colpa-dei-sciolgono23.html

He also gave an interview in the Italian newspaper (only printed version) “Corriere della Sera” and an interview on the local radio “Radiodue”.

EPEC member, Alexei Pace, gave a public talk about comets and asteroids at the Stella Maris College organised by the Astronomical Society of Malta. 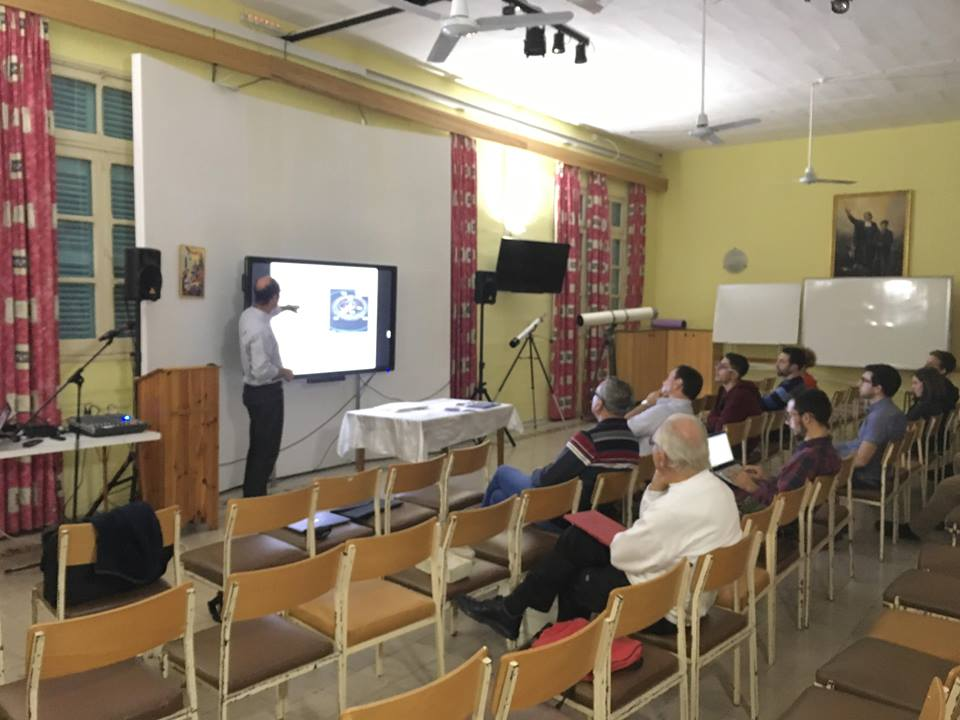