Review of Europlanet Highlights in 2018

2018 has been a milestone year for Europlanet with the launch of the new Society and a plethora of planetary activities. Here, the outreach team has chosen its highlights from the past 12 months.

In December, we were delighted and honoured to be chosen as a Horizon 2020 success story by the European Commission as part of its thematic month on research infrastructures. Our showreel video was shared through the Commission’s social media accounts and an article was published in Horizon Magazine.  The showreel video draws on the brilliant series of animations on planetary topics created for Europlanet by the award-winning Science Office, including ‘Space Detectives – The Case of the Rocks from Space‘, ‘Astrobiology – Life in the Universe‘, ‘Jupiter and its Icy Moons‘ and ‘The Transit of Mercury‘. Watch and enjoy! 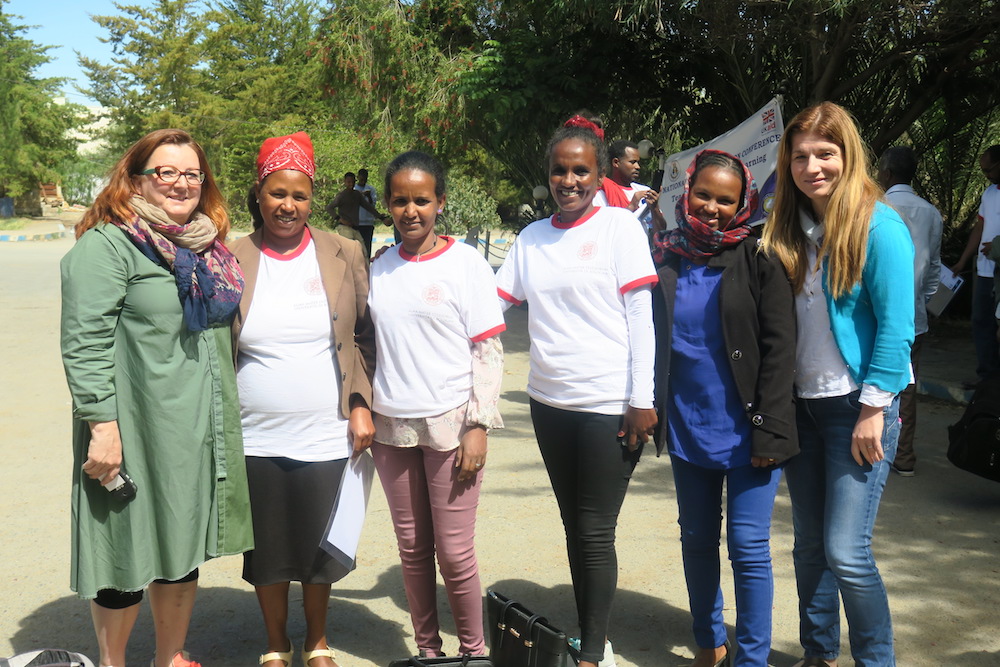 In November, Europlanet held a training workshop for 46 science teachers from schools in the Tigray and Afar regions of Ethiopia. The team of trainers included researchers from the University of Mekelle, University of Bologna and Open University that had participated in Europlanet field trips to the Danakil Depression. In October, representatives from Europlanet also took part in a workshop to explore how Botswana could expand its involvement in planetary research and create a solid network of collaboration with international partners. We look forward to developing more collaborations with African partners in the future. 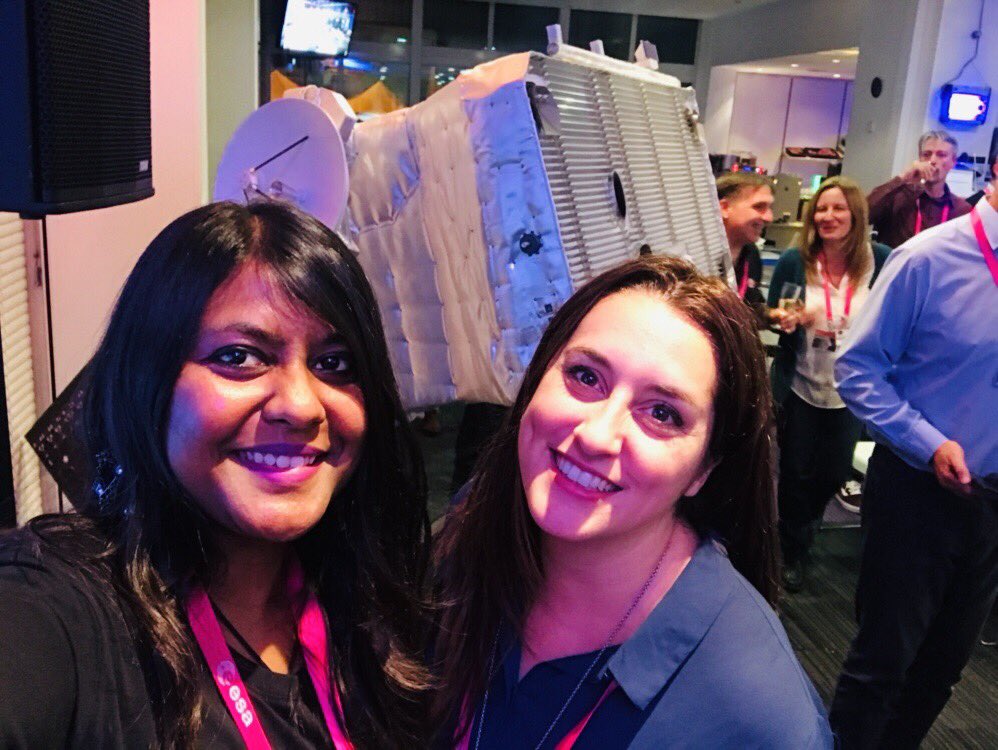 On 20th October, the ESA-JAXA BepiColombo mission set off on a seven year journey to reach Mercury. Europlanet researchers participated in a live webinar and shared their experiences of the launch from Kourou and mission control in Darmstadt. BepiColombo’s launch heralded the start of a gripping season of planetary mission milestones, with the landing of InSight on Mars, the end of the Dawn mission‘s asteroid tour, the arrival of Osiris-Rex at asteroid Bennu, the New Horizons flyby of Ultima Thule and the landing of Chang’e-4 on the far side of the Moon all occuring within an action-packed few months. Analysis of data sent back should make 2019 an exciting year for planetary science! 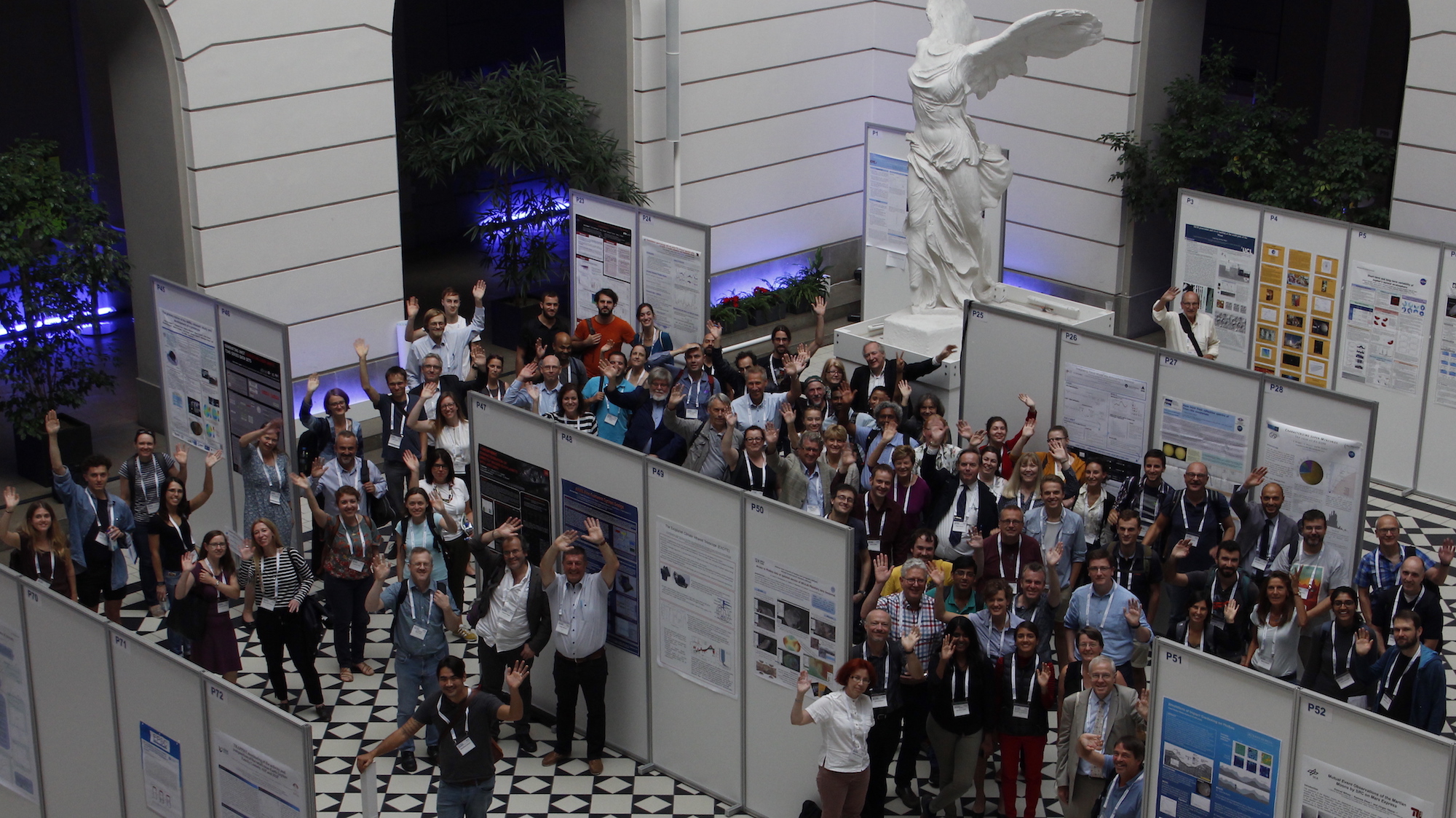 The European Planetary Science Congress (EPSC) 2018 in Berlin was our biggest stand-alone annual meeting to date, with more than 1000 participants. EPSC 2018 included 59 oral sessions, three dedicated poster sessions and multiple splinter meetings and workshops. We issued 10 press releases and held two press briefings, resulting in worldwide media coverage. On Thursday 20th September, our General Assembly unanimously approved plans to launch a new Europlanet Society for individual and institutional members. The Society will provide a sustainable structure for Europlanet to support planetary science in Europe for decades to come. In November, we signed a Memorandum of Understanding with the European Science Foundation (ESF) who will host the Europlanet Society Executive Office. Treat yourself to membership of the Society in the new year and get reduced rates for the joint EPSC meeting with the American Astronomical Society’s Division of Planetary Sciences (DPS) from 15-19 September 2019! 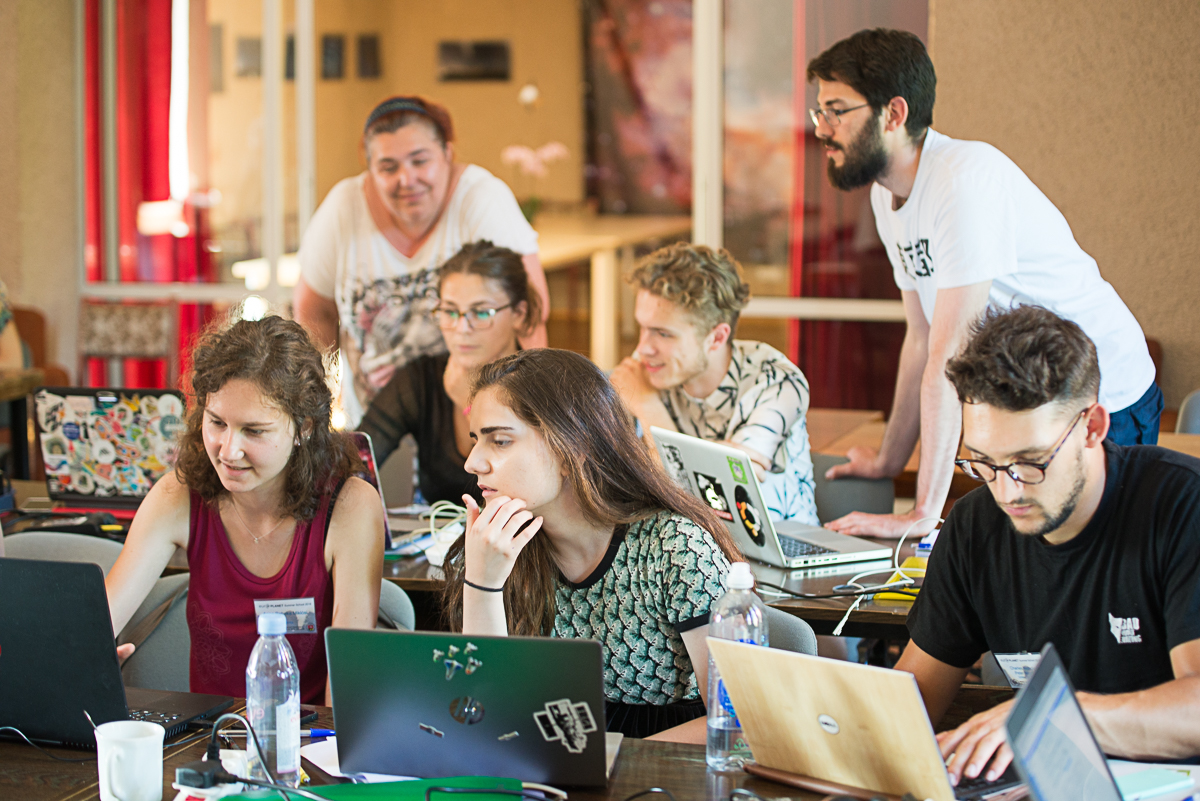 At the beginning of August, we returned to the Molėtai Astronomical Observatory  in Lithuania for the Europlanet Summer School 2018. The school was attended by 21 students from 9 countries, including young researchers, amateur astronomers and teachers. The programme combined hands-on experience of making observations of stellar variability and exoplanet transits with theoretical and practical modules in science communication. At the end of August, Europlanet 2020 RI supported a summer school on “Basics of Astrobiology“, attended by more than 80 participants, as part of the IAU Symposium 345. 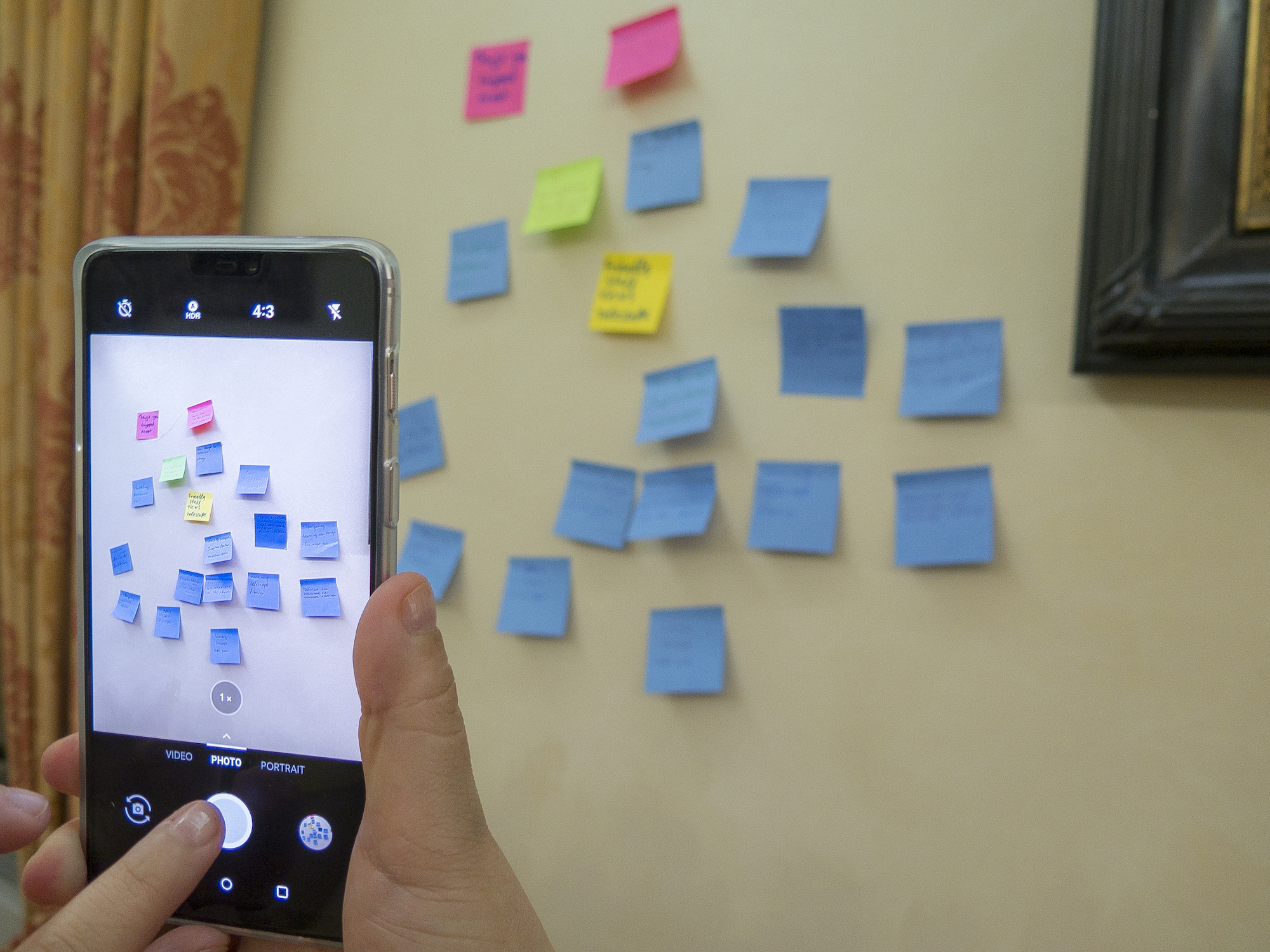 How do you measure the impact of your activities? In 2018 Europlanet launched an Evaluation Toolkit to help outreach and workshop providers evaluate the responses of participants to activities. The Europlanet Evaluation Toolkit aims to provide advice and resources that can be simply and easily integrated into outreach and education activities for a variety of audiences and formats. At the beginning of July, we successfully trialled the Toolkit in a workshop of 18 amateur astronomers, teachers, early career researchers and outreach providers, and presented the final version of the Toolkit in September at EPSC 2018 in Berlin. 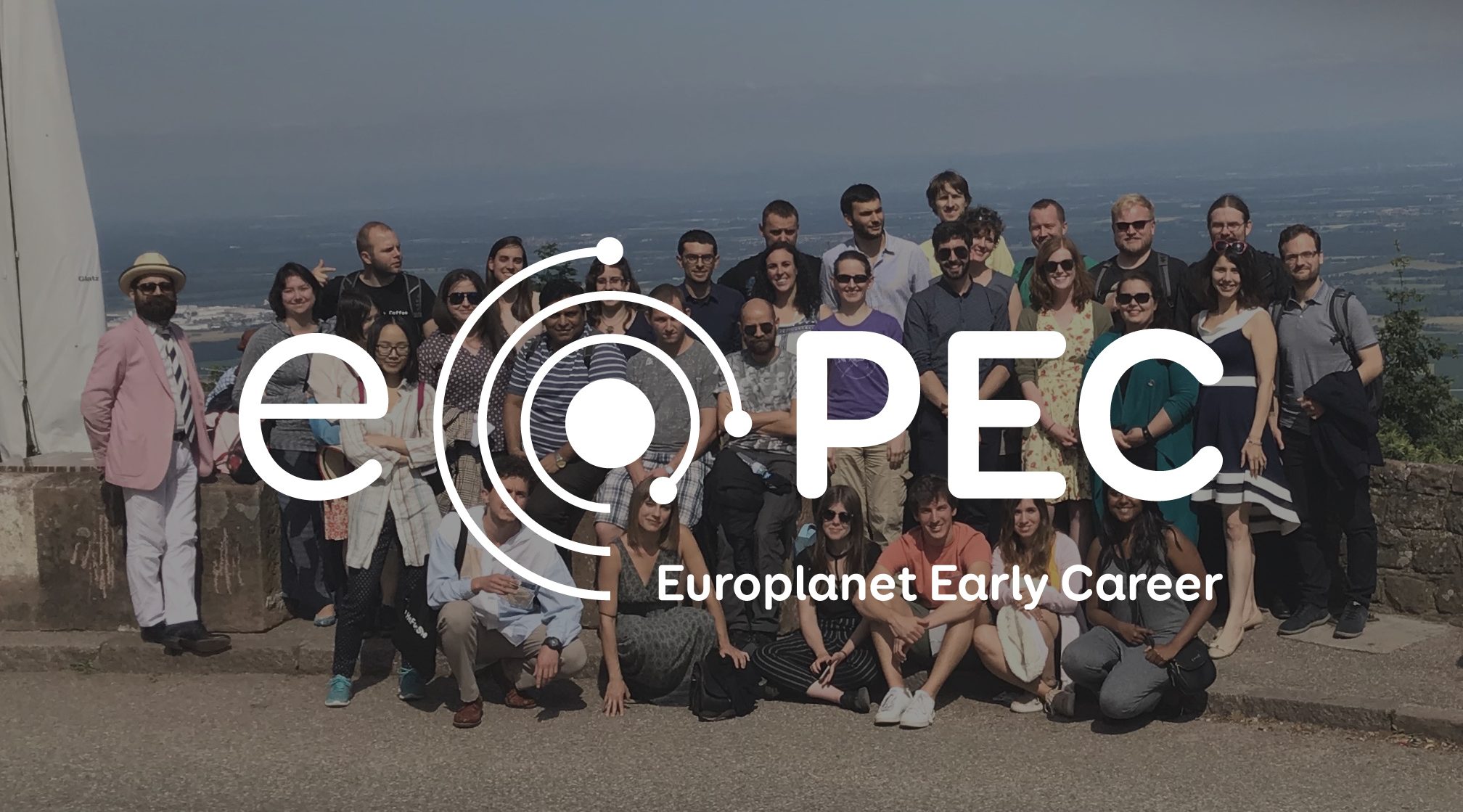 The first EPEC (EuroPlanet Early Career network) Annual Week took place from 10-15 June 2018 at the International Space University in Strasbourg, France. Around 40 early career scientists from 19 different countries gathered for stimulating discussions on topics from science policy to the future of space research and brainstorming sessions on how to provide effective early careers support. EPEC was launched at EPSC 2017 in Riga and has developed into a thriving network to support young professionals working in fields connected to planetary science. EPEC is now a standing Committee of the new Europlanet Society. Find out more.

May – New Views of Jupiter Workshop 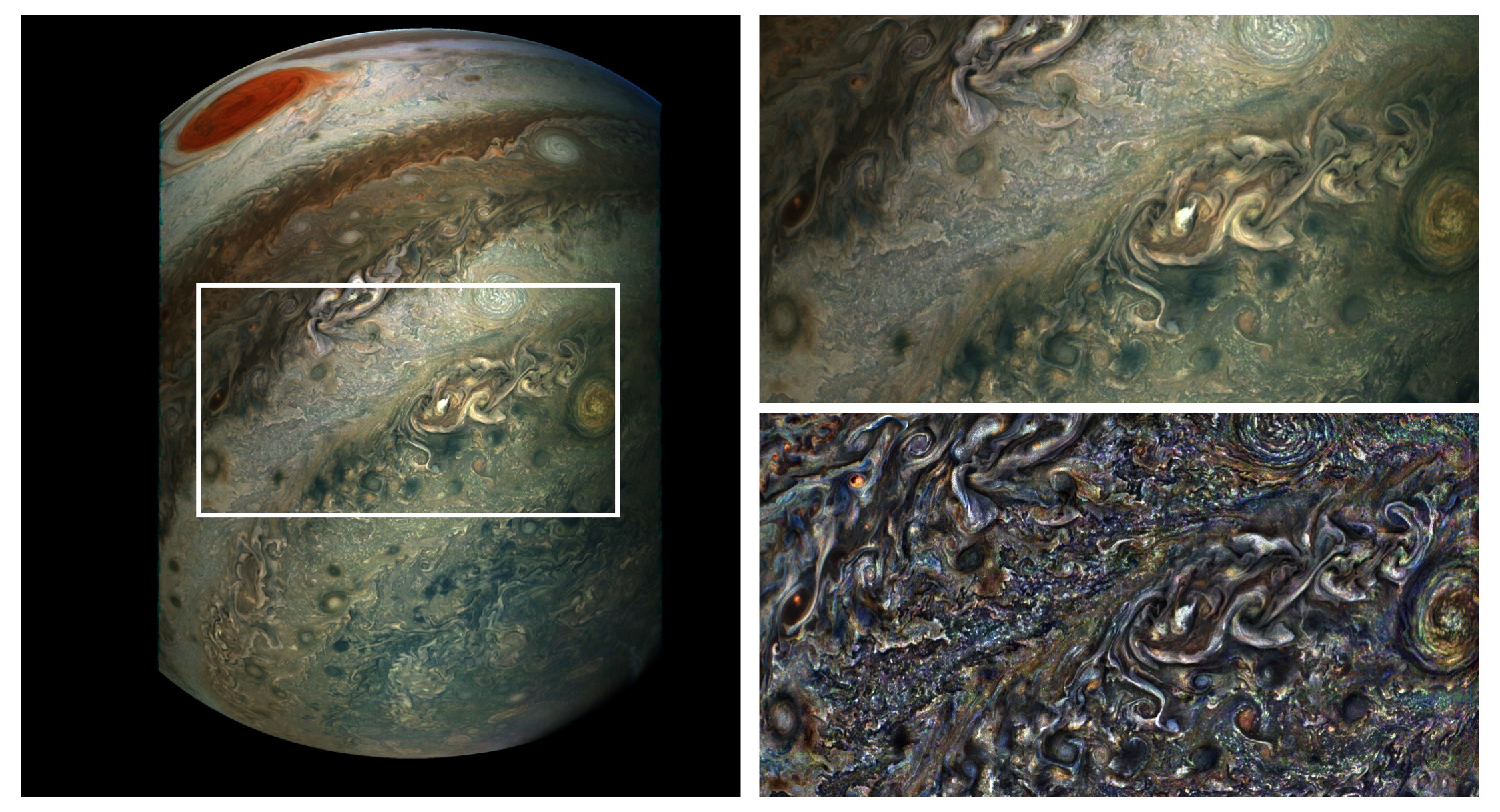 Nearly 50 of the world’s leading observers of Jupiter, members of NASA’s Juno mission team, and citizen scientists from across the globe took part in a workshop in London on 10-11 May. ‘New Views of Jupiter: Pro-Am Collaborations during and beyond the NASA Juno Mission’, was supported through Europlanet 2020 RI’s NA1 networking activity. Participants presented new observations and imagery from JunoCam and ground-based facilities, updates on the Juno mission and plans for future observing campaigns. The workshop is one of over 45 science and technology workshops organised by Europlanet 2020 RI since the project started in September 2015. 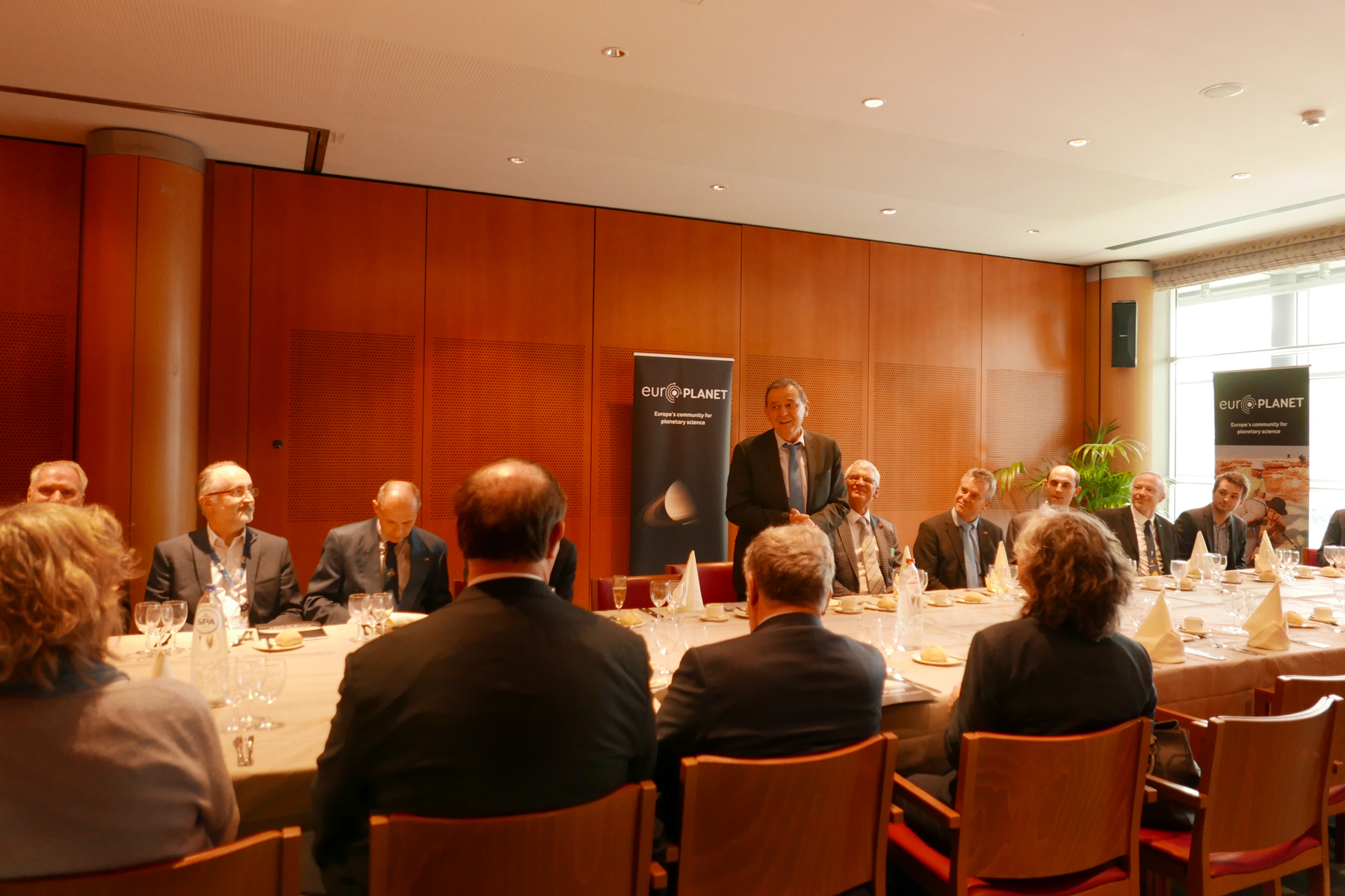 Europlanet 2020 RI organised a dinner debate on ‘Planetary exploration inspiring European innovation‘ in the European Parliament on 24th April 2018. The debate was hosted by Marian-Jean Marinescu MEP and attended by Clare Moody MEP, Flavio Zanonato MEP, representatives of Members of the European Parliament, representatives of the European Commission, European space industry and the European planetary science community. The dinner debate was part of Europlanet’s ongoing policy engagement programme, which has included co-convening policy sessions at the European Week of Astronomy and Space Science, coordinated input into the EU’s Multiannual Financial Framework consultation and a series of one-to-one briefings with policy-makers. 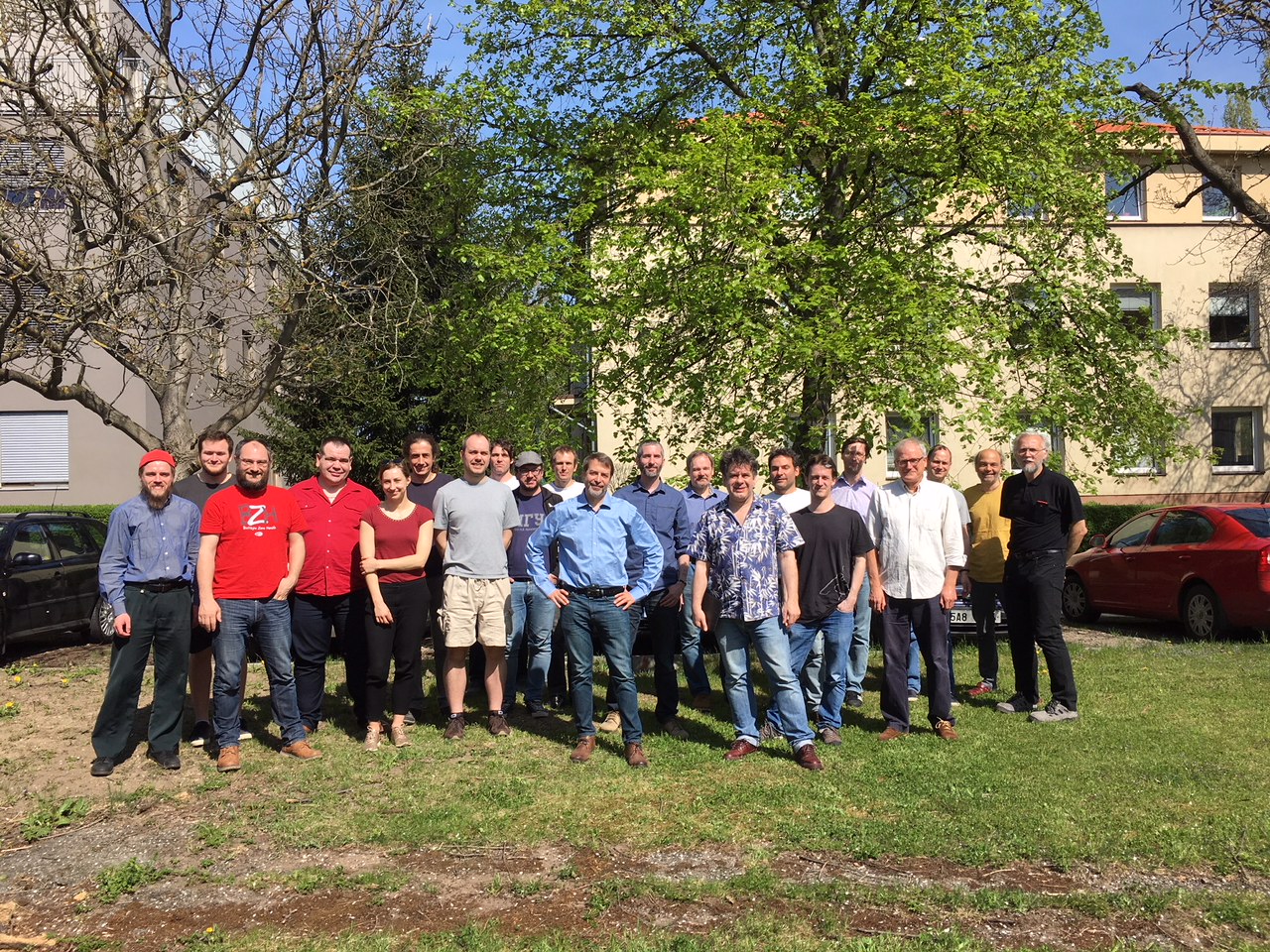 The main goal of Europlanet’s VESPA Virtual Observatory (VO) is to increase the accessibility and standardisation of planetary data. VESPA will provide over 50 data services by the end of the Europlanet 2020 RI project in August 2019.  In March, VESPA evaluated submissions to its third call for new services to be incorporated into the VO and selected four new teams to deliver seven different data services. In April, VESPA organised a workshop hosted by the Institute of Atmospheric Physics of the Czech Academy of Science to help the selected participants design and set up their projects and to open them to the user communities. An additional 12 services are available through the Planetary Space Weather Service (PSWS) virtual access facility, which provides novel toolkits for tracking planetary or solar events through the Solar System to assist researchers and industry planning for space missions.

In February, Europlanet announced completion of a new facility at the Planetary Spectroscopy Laboratory (PSL) of the German Aerospace Center (Deutsches Zentrum für Luft- und Raumfahrt; DLR) that can analyse rock samples similar to those found on the surface of Venus at temperatures up to 1000 degrees Celsius. The new Venus chamber uses state-of-the art detectors and electronics, and innovative ceramic enclosures to block out background radiation that can drown out the spectral signals from samples at high temperatures. The PSL facility will enable researchers to interpret accurately data acquired by space missions and ground-based observations. The expanded capabilities are part of a number of upgrades to facilities enabled through Europlanet 2020 RI, including new high-speed imaging techniques, air cooling system and a UV LED solar simulator to the Aarhus University Planetary Simulator Facility that have enabled the quantitative study of planetary dust and sand transport processes, and extended spectral coverage and greater sensitivity of instrumentation at the CNRS Institut de Planétologie et d’Astrophysique de Grenoble to increase the capability to analyse small sample sizes at low temperatures, i.e. samples from space such as meteorites, analogues of cometary and asteroid material and interplanetary dust particles. 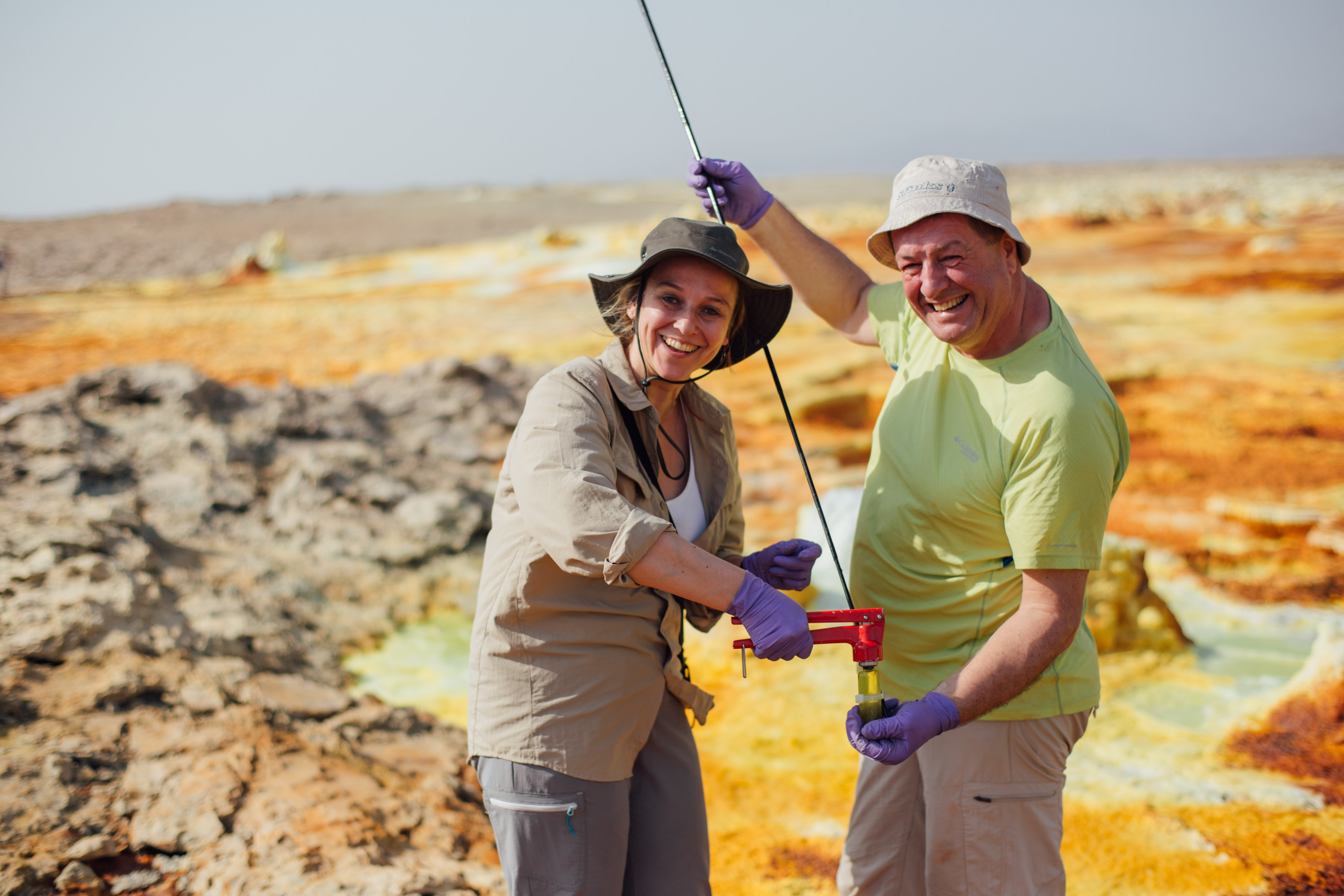 From 20-28 January 2018, five teams of researchers and more than 30 support staff visited two locations in the Danakil Depression of Ethiopia to study the microbiology, geology and chemistry at the Dallol hydrothermal outcrop and the saline Lake Afrera. The field trip was the first Transnational Access visit to the site following its characterisation by Europlanet 2020 RI as a planetary analogue in 2016-2017. Over the past year, Europlanet has also funded trips to Lake Tirez in Spain (where a newly-discovered extremophile strain of algae was named Dunaliella salina EP-1 after Europlanet), the Mars like environments of Ibn Battuta in Morocco and sites in Iceland that resemble the icy moons of the giant planets.